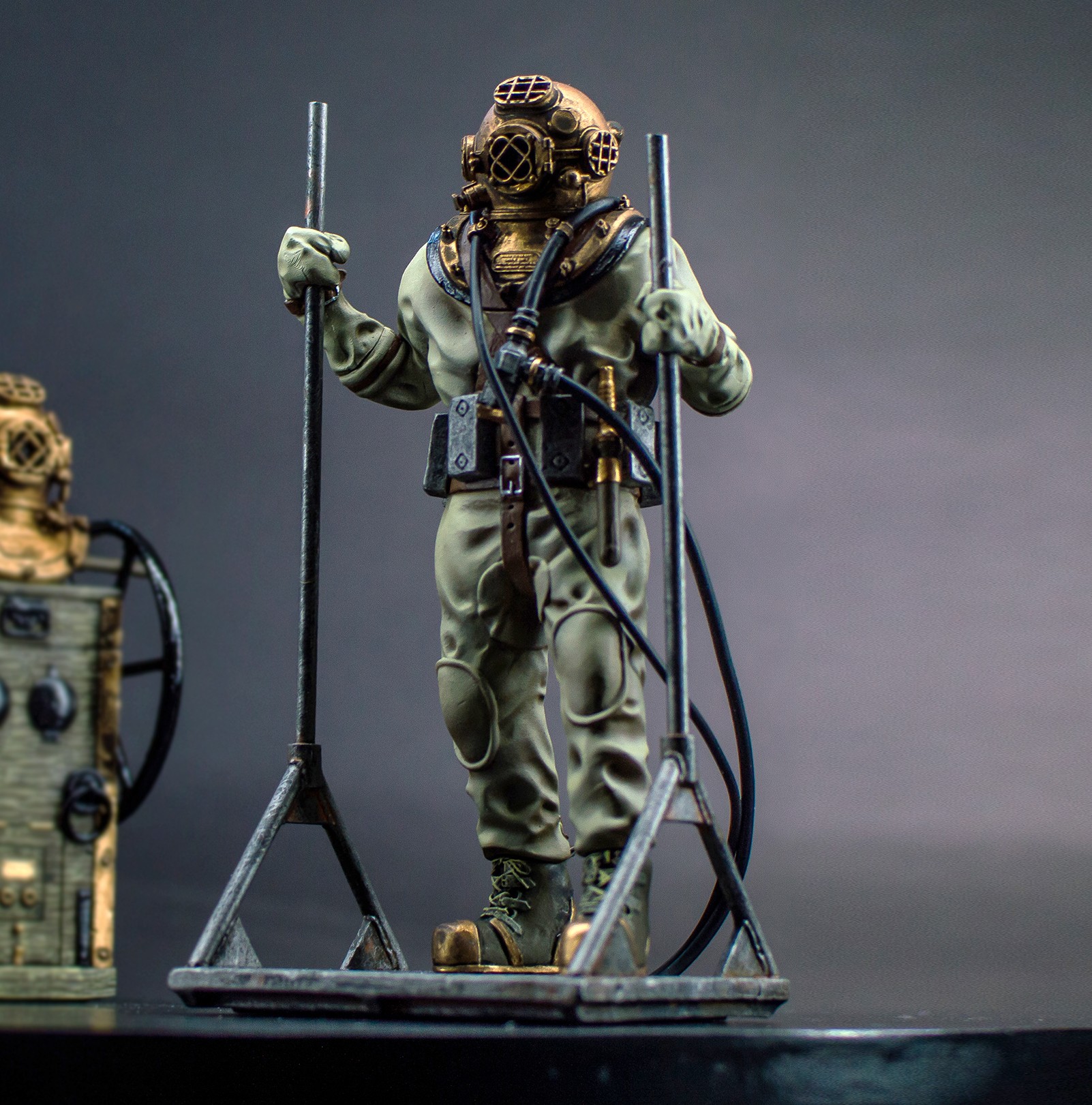 Diver height: diver with base 14 cm

Time from order to shipping: about 2 month + shipping time

"Old heavy diver" it is collectible figurine a diver from a last age.
The figurine shows diver fully dressed in a suit, helmet and other accessories, standing on the platform, which in a few moments will go with him in the depths of the ocean.The diver has a professional hand made painting, which reproduces materials such as metal, leather or rubber. The set included flexible rubber hoses.

Standard diving suit consists a helmet made of copper, brass or bronze, wires run from the surface supplying diver through air pumps, waterproof suit is made of rubber and canvas.. Next elements are knife and weights, which are located on the waist belt or, as in other models are suspended on the chest and back, have aimed at preventing large dry suit displacement. Later models were equipped with a telephone for voice communication with the surface.

Some suits have been used rebreather systems to expand the use of gas supplies. There were also independent source of breathing in case of failure of wires. Divers working at the bottom can be drawn to the surface by air hoses to which they were attached either through a special ramp winch.

This diving suit was widely used for all underwater work, which required more time than he could withstand underwater freediver without any equipment. The scope of works included sea rescue, construction, fishing pearls, commercial diving contractors, and a number of other similar applications.

Warning !! Made processing figurines takes one to two weeks. Shipping with Poland lasts from a week to three weeks depending on the distance.